A very artistic presentation of "Pick A Card"

... a very artistic presentation of "Pick A Card" . Yes, he fooled Penn and Teller -- and he sure as heck impressed me.

Shin Lim, a former concert pianist turned magician, does a series of card tricks that are basically unbelievable on the set of the Penn & Teller show Fool Us.
By the end Penn exclaims “We don’t even know how you vanished the f****king marker!"

Posted by Unknown at 6:08 AM No comments:

Dai Vernon: The Spirit Of Magic

Shawn Farquhar Fools Penn and Teller on the Fool Us UK television show : "We have have no g-d d-mn idea how he did it..." 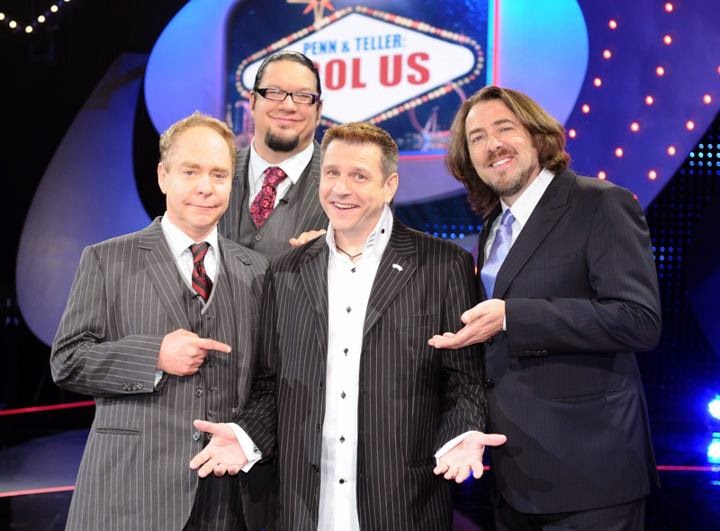 This YouTube clip from the magic competition show Penn and Teller Fool Us shows Magician Shawn Farquhar fooling  Penn and Teller on the Fool Us UK television show, by putting Penn’s signed card back into a sealed deck of cards while Penn holds the deck of cards in his own hands. The deck has returned to new deck order, with the selected card in reversed presentation in it proper place in the deck and has Penn's signature on it. Now. That's great card magic!
Posted by Unknown at 7:58 AM No comments: 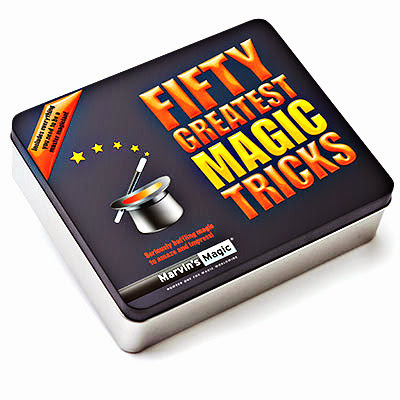 TV illusionists have been sawing ladies in half catching bullets between their teeth reading minds and performing feats of escapology for decades. Channel 5 counts down the best including the astonishing set-pieces of Penn and Teller the mind-bending of Derren Brown and the street magic of David Blaine. It features spectacular illusions such as making the Statue of Liberty disappear intimate card tricks and the lighter side of the business thanks to the inclusion of comedy great Tommy Cooper. Paul Daniels and new kid on the block Dynamo also feature in this magic compendium with contributions from Joe Pasquale Dick and Dom and Stephen Mulhern. Enjoy
Posted by Unknown at 7:30 AM 1 comment:

Magicians have stolen each other's secrets for as long as the art of magic has existed.


However the interconnected nature of today's world is making it easier - and magicians can't always rely on the law to protect them... 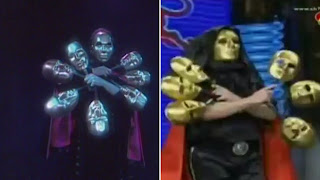 Jeff McBride is one of the most accomplished magicians in the world. His most famous routine is an intricate series of transformations, with a variety of masks, taking the audience through the entire history of magic. But last year, McBride discovered he was not the only one performing his signature routine, one of his most enthusiastic fans spotted a clip on YouTube of a Thai magician doing McBride's entire routine on local TV - move for move - along to McBride's music. The fake had even cut and dyed his hair to copy McBride. The fan notified McBride.

To find out what Master Magician Jeff McBride did about it and to see a unique side by side viewing of Jeff McBride and his Thai double in action click here : http://www.bbc.co.uk/news/magazine-21861418
Posted by Unknown at 11:28 AM No comments:

If you are into doing Magic, may I suggest About.com (Magic)

Wayne N. Kawamoto is a professional magician who entertains at private parties and corporate events.

Experience:
Wayne is the author of Picture Yourself As a Magician, a beginner's book on magic. He is also a regular correspondent for Reel Magic Quarterly, a video magazine that covers magic and is distributed six times a year via DVD.

He has performed magic for the Los Angeles Dodgers and been a featured performer at the LA County Fair. He has entertained at corporate events for Northrop-Grumman, Target Stores, Nordstrom, Countrywide, Century 21 and more. He has also performed at Hollywood's Magic Castle.

From Wayne Kawamoto:
Whether you're a magic fan, a beginner learning your first magic tricks or a full-time magic pro, I hope that you'll find About Magic & Illusion to be a useful and fun place to be. Please let me know how I'm doing and feel free to pose story ideas.